Most people are in some way narcissistic, but the “narcissists” we are discussing here are those whose narcissism has grown to such an extent that it severely affects the people around them.

There’s a theory out there that says that most well-known successful people are narcissists, but I have a different view. In that theory, all those famous people who have different temperaments, defined in Dr. Keirsey’s relationship book “Please understand me 2“, are labeled as narcissists, including Bill Gates and the like, which I can’t seem to agree with. I may not have the right to say so, in that, I had no chance of living a life close to them to gather evidence. However, in that theory, it mentions four types of people: narcissist, sensualist, utilitarian and marketing, and they are exactly what Dr. Keirsey describes as guardian, idealist, rational and artisan, in this case, I would say, Bill Gates is not a narcissist, at most, he is a narcissistic rational.

Combined with these two theories, I think that narcissism is only a trait rather than a temperament, it can exist in any temperament, and it’s either productive (soft-hearted) or destructive (tough-minded). A leader is more likely to have the narcissism trait, because narcissists always boast to others that they are the best and that they are always right, and rumors are seen as true after thousand times repeat. Above all, narcissists ask their followers to do everything 110{6cfcd0bdce77e89f6643114f1e6c62d79211dd6f899a492316d2f6e8299594ce} perfect, which leads to the narcissists’ success. The reason success is attributed to the narcissistic leader is that their followers are willing to put in effort without recognition: The followers do not possess the trait to be recognized as a leader.

To spot a narcissistic leader is not difficult; if you remember and mention a founder’s name more than his/her company’s brand, or if you remember a brand’s founder better than the ones of a comparable brand, this is one. For example, you remember Bill Gates but for his competitors, you only remember Google or IBM.

Prem says:
September 6, 2013 at 1:39 pm
I think each one of us have a little bit of narcissism in us and it not always bad. I was perplexed when I read most successful are narcissists and if that’s actually true then I think I will try to start learning it ;). Jokes apart. After reading this post I can’t wait to read Dr.Keirsey’s relationship book “please understand me 2” as I would like to get into the detail. And thanks for bringing up this topic. 🙂 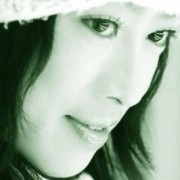 Min Min has enjoyed observing people since her 20s and has noticed 3 temperament patterns that match Keirsey’s theory that she read later in life. She has an innate sense of people’s personalities that helps her to understand others better.

Does my Husband Seem to be Narcissistic

How To Know You Are In A Relationship With A Narcissist